QUEEN SACRIFICE – Why I Had to Delete All My Youtube Videos

AT THE DONALD TRUMP RALLY 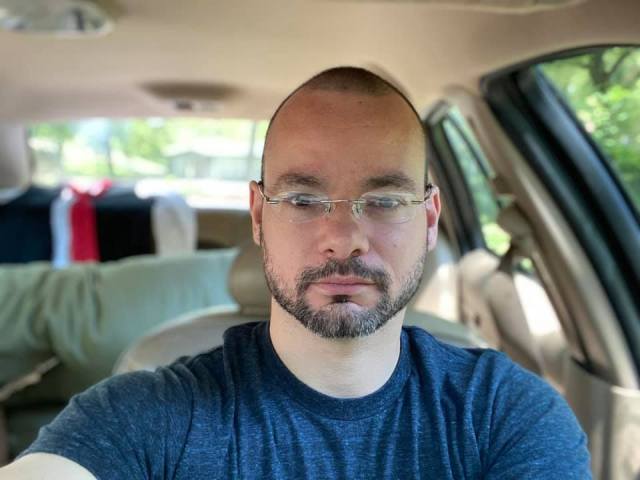 I hit the road from Texas to Oklahoma to preach at the Trump Rally in Tulsa. This was the first public event with thousands of people that we street preachers could preach at so I didn’t want to miss it! I wanted to dress nice for the President so I had my vest and red tie, which you can see in the background in my car. I bought that red tie because it’s like a Trump trademark. I also have some Trump White House cufflinks. With the Socialists and Communists trying to take over America, I want to do my part to support the Capitalist!

It’s about a five hour drive from East Texas to Tulsa Oklahoma. One of the best things about being a traveling preacher is that you get to travel and see the world. I pulled over to snap this picture of the country side I was driving through. This is the good old U.S. of A.

The trunk of my car is full of signs and banners I’ve collected over the years. I have big ones and small ones. Some of them go on a pole, some of them you can wear, and some of them you hold in your hands. I knew other preachers would have big signs at this event, which are great to get up and over the large crowds, so I wanted to make it easy and convenient for myself and I took out my simple hand held “Trust Jesus” sign.

The colors of the sign really help it stand out and get attention. I got a lot of Trump supporters saying “That’s a great sign” and even some of the protestors at this event were friendly towards me because of my Jesus sign. 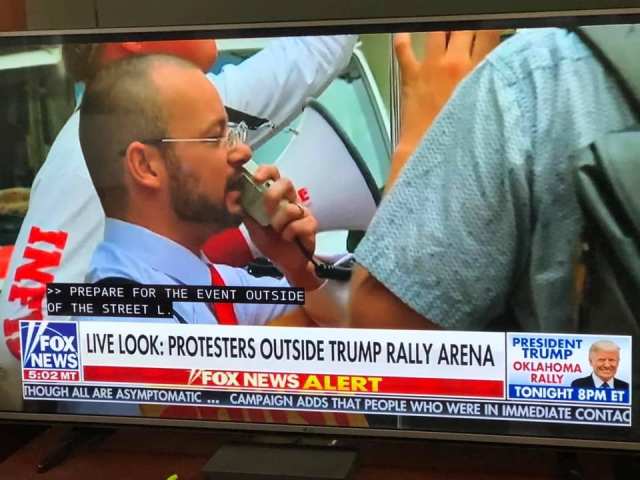 As you can see, we made it unto Fox News without even knowing it. There were cameras everywhere and you couldn’t tell who was who. I do remember seeing that reporter there with a camera guy but I didn’t know if he was with a news organization or if he was a YouTuber. His face wasn’t familiar to me otherwise I would have made sure our signs were held directly at the camera.

Friends of mine from all over the country started texting me pictures of their TV screens! They kept saying, “I saw you on Fox News!” Apparently they aired us twice, once in the afternoon and then again in the evening. My “Trust Jesus” sign could be clearly sign on National Television! I’m glad I went to this event and glad I brought out my “Trust Jesus” sign! 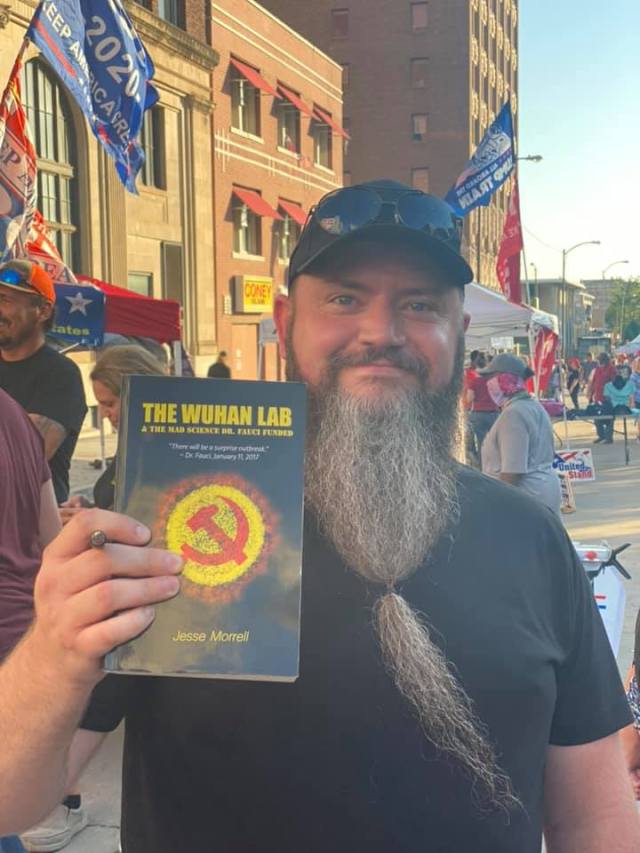 This was a random guy walking into the Rally who happened to have a copy of my latest book on the Wuhan Lab! He happened to notice me there and asked me to sign it! That was encouraging to see my materials getting out there into the world. Get a copy of this book here if you haven’t yet.

I had 6 strangers at this event approach me and tell me that they’ve seen me on YouTube.  That’s why I think every street preacher should have a YouTube Channel in order to maximize your outreach. 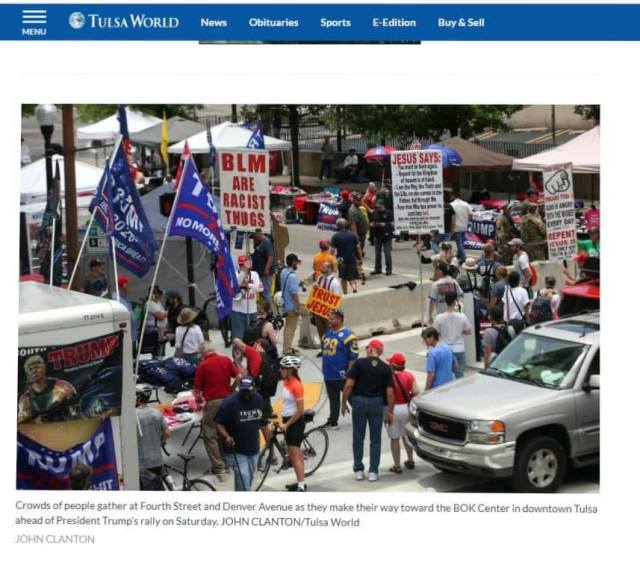 I’d immediately start getting hecklers from the Black Lives Matter / Antifa Protestors. I’d engage them on slavery and American History and then would get to the point, “Jesus came to set the captives free! You are still slaves of your sins!”

This approach never failed to work. You always have to start the conversation on a topic that the audience is interested in debating and then once you secured their attention you can swing the conversation to the Gospel very easily.

Why I Had to Delete All My Youtube Videos

3 strikes and they delete your entire channel.

They did that to me back in 2008 and I had to start all over again. You lose all your videos and all your subscribers. These 2 strikes don’t expire until September. One more and my entire account is gone, with 27,000 subscribers. It’s a risk to try to make it three more months hanging on a thin line like that.

So I had to do a queen sacrifice. I thought it through and decided to delete all my videos myself. I lose 10 years worth of videos but I keep my channel and all my subscribers.

Now it’s impossible for me to get a third strike because I have no videos.

That means I won’t get a third strike and won’t lose all my subscribers and when September eventually comes, those 2 strikes will expire and I’ll have a channel with subscribers to move forward with.

It’s a move I don’t think anyone else has ever done but it’s the best course of action if you suddenly get two strikes. Sacrificing your videos to save your channel and subscribers is a necessary sacrifice.

I think of it like a reset and I at least have a channel to go forward with.

I’ve seen street preachers lose their channel and they never recover their subscribers. One brother had 25k subs and YouTube deleted his account and even two years later his new account only has like 3k subs.

I saw the writing on the wall and think I made the best decision. I at least have the foundation to go forward with.

All my videos are backed up on a hard drive. What I’m losing is all the view counts and comments. But YouTube removed all their ADs from my videos a long time ago so they stopped promoting my content anyways. Old videos were no longer getting new views – not much anyways. It’s the new videos that were getting views because of my subscriber list. My move was able to keep that.

But because of my strikes I can’t even upload a video for 2 weeks to be able to tell everyone why my channel has no videos right now.

Social media censorship is getting bad.

Still, people were getting saved watching these old videos, so it is a set back but this is better than waking up tomorrow to find out that all my videos and all my subscribers are gone because my whole account got deleted from a third strike.

That’s the reason I created two accounts in 2008 after my first account was deleted, so that I’d have a back up account. BibleTheology is still there with all its videos but it only has 5k subs. Saving OpenAirOutreach with 27k subscribers was the best move.

YouTube also said I was no longer eligible for monetization because of “Hateful Content” but that if I did some editing or deleted some content I could reapply after July 12th. So this move potentially not only saved my channel with 27k subscribers, it potentially set it back up for monetization – which means YouTube will promote my videos to more viewers again.

God works all things for good.

TESTIMONIES OF A FRUITFUL MINISTRY!

I’ve heard people say many times, “I don’t see people getting saved in your YouTube videos. Do you really think this is an effective ministry?” I tell them, “Yes! The people in the videos go home convicted and then later send me messages telling me how they repented!” Not to mention, people all over the world are watching the videos and coming to the Lord that way. They might not repent publicly on camera for all the Youtube world to see but they come under the conviction of sin and repent at home.

HELP US CHANGE THE WORLD FOR CHRIST

The Morrell Family is a missionary family to the United States, preaching the gospel in the open air to hundreds of thousands each year.

We live by faith as God provides from the body of Christ through personal gifts.

Will you consider being a monthly supporter or giving a one-time gift?

(Make Checks out to “Jesse Morrell” to be personal gifts or out to “Crossroads Community Church” if you want a tax break).

Special thanks in advance to our supporters. THE BATTLE IS ON! We couldn’t do it without you!