Is Open Theism Heresy? Is it Heretical or Biblical? What is Foreknowledge? Can God Change the Future? Jesse Morrell

Posted on August 6, 2013 by OpenAirOutreach.com 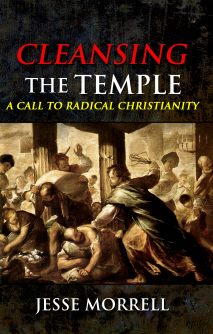 This is Chapter Thirty Five from my book, “Cleansing the Temple: A Call to Radical Christianity.” This is a powerful book about purity, prayer, preaching, and persecution.

I’m giving this book away for free to everyone who signs up to receive our email updates. Every once and a while I email out teaching videos, salvation testimonies, encouraging and edifying articles, etc.

DOES THE BIBLE TEACH OPEN THEISM?

* God’s willingness to change His plans is considered one of His glorious attributes: Jonah 4:2; Joel 2:12-13

There are certain things about the future, relating to eschatology, which has already been determined. There are things which God will bring to pass (2 Thes. 2:11; Rev. 17:17), and even things relating to eschatology which Satan has predetermined to do (2 Thes. 2:9). However, there are certain things that seem to be open. For example, Jesus said, “But pray ye that your flight be not in the winter, neither on the sabbath day” (Matt. 24:20). The indication here is that the time of their flight was not yet predetermined, and that prayer would help determine it. God had not yet made up His mind as to whether or not their flight would be in winter or on the Sabbath, and the prayers of the people would help make up His mind and help determine the future. It was determined that they would have a flight, but it was not determined yet when that flight would be. This is a flexible openness within determined boundaries – compatibleness between future determinism and future openness. Another example of how the future is not necessarily eternally or exhaustively fixed is when Jesus said, “And except those days should be shortened, there should no flesh be saved: but for the elect’s sake those days shall be shortened” (Matt. 24:22). I learn from this verse that God can change the future. He can and has shortened the days of the tribulation. God even has the power to add days to your life like he did with Hezekiah or to shorten your days (Isa. 38:5; Prov. 10:27). These are just some examples of how the Scriptures often assume an open perspective on the future. See also Exodus 32:10-14; Jer. 18:7-10; Matt. 26:53.

Jesus said, “And by chance there came down a certain priest that way: and when he saw him, he passed by on the other side.” Lk. 10:31. The Greek word Jesus used for chance means “accident” (Strongs & Thayer’s). This is contrary to the micro-manger system that Calvin believed God set up.  John Calvin said, “Nothing happens by chance.” (The Institutes of Christian Religion, Book I, Ch. 16, Sect. 4).

THE FUTURE CAN BE CHANGED

This is abundantly seen in the Old Testament. 1. God was once planning on destroying Israel and making a great nation out of Moses. He repented of this and consequently altered the future (Ex. 32:10, 14). 2. God was once going to establish the throne of Saul forever but the Lord repented of this and replaced Saul with David, thus altering the course of history (1 Sam. 13:13; 15:11, 28, 35). 3. God was once planning on destroying Nineveh in forty days but when He saw how they repented of their sins, the Lord repented of His prophecy about the future (Jonah 3:10). 4. God prophesied through Isaiah that Hezekiah would die and not recover from sickness but Hezekiah prayed, God repented and added fifteen years to his life, thus changing the future (Isaiah 38:1-5). God is so Sovereign that He can increase or decrease the number of your days, thus changing your future for the better or worse (Prov. 10:27).

This doctrine of the flexibility and changeability of the future, as opposed to a fatalistic or immutable view of the course of history, is also taught in the New Testament. New Testament examples of how the future can be changed is 1. Jesus said he could pray for twelve legions of angels to deliver him from the cross, despite all the Messianic prophecies, if he so chose (Matt. 26:53). 2. Jesus said to pray that your flight not be in winter, implying that the future was not settled on this point yet and that our prayers could help in settling it (Matt. 24:20; Mk. 13:18). 3. Jesus said for the sake of the elect those days were shortened, which means the future was in fact changed (Matt. 24:20).

Here is a simple question: Can God change the future? If not, then He is not all powerful and cannot be God.  If yes, then the future has openness or alternative possibilities.

A STUDY ON THE WORD FOREKNEW AND FOREKNOW

The word translated as “foreknew” (Rom. 11:2) or “foreknow” (rom. 8:29) is the word “proginōskō”. However, it is falsely assumed that this word necessarily implies that this knowledge is eternal and exhaustive, thus creating the doctrine of eternal and exhaustive foreknowledge. This, however, cannot be the case as Paul uses the same word to apply to the knowledge of men (Acts 26:5). In fact, the Apostle Peter also used this same word to describe the knowledge of men (2 Pet. 3:17).

Peter uses the word to say that the believers knew a specific truth before, thus they foreknew it. Paul uses the word to say that Israel knew him before. This use of the word is not describing a foreknowledge of the future, but a knowledge of someone in the past. There were Israelites who knew Paul before he was arrested, thus they foreknew him. That is how Paul used the word in Acts 26:5, and that also seems to be how Paul used it in Romans. 8:29 and 11:2.  The word is not being used to describe a foreknowledge of a future event, but the knowledge God had of Israel and of Old Testament Saints before the New Testament. God knew Israel and Old Testament Saints before the New Testament, thus He foreknew them.

GOD CHANGES HIS MIND, NOT HIS CHARACTER

ADVANTAGE AND SUPERIORITY OF OPEN THEISM OVER CLOSED THEISM

Suppose that God is in time and is observing events occur as they occur and His foreknowledge of the future consists of possibilities that may or may not be.  And God is watching you drive at a certain speed down a road that He knows has a blind turn. And He sees another driving on the same road come the opposite direction at a certain speed. And God knows this man’s driving abilities and practices from the past and knows that he always passes over the dividing line on turns. So God is able to foreknow that you are going to get into a car accident with that man based upon His present knowledge that you are both on the same road heading opposite directions, driving at a certain speed each so that you will both take the turn at the same time, and His knowledge of this man’s driving abilities given His observation of His past practices.

So before the accident occurs, God intervenes and gives the other man a flat tire. The man pulls over before taking the blind turn. You take the turn and see the man on the side of the road with a flat tire and think nothing of it, not knowing that God just intervened to save you from death – thus changing the future.

Or, as God governs free moral beings through motives, God could prevent the accident by giving the man thoughts of food, appealing to his hungry stomach, so that the man pulls over at a gas station or a restaurant before the blind turn. Thus God again changes the future from what He foresaw it to be, since what He foresaw was a contingency or a possibility, or only a certainty given the current circumstances, so that God was free to intervene and prevent it.

On the other hand, suppose God simply foreknew from eternity that you were going to get into a car accident with that man on the blind turn. God’s foreknowledge of the event is eternal and certain, so it cannot be otherwise. God’s eternal foreknowledge cannot be wrong. God knows that it will happen. Not even God can prevent it as God cannot change the future to be other than what He has eternally and certainly foreknown it to be.

That is why a foreknowledge of possibilities is what liberates God to make plans, change plans, determine the future, and change the future.  Whereas an eternal foreknowledge of certainties would take the course of history and the future completely out of His hands. If all things are eternally foreknown as certain by His mind, then nothing could be determined by His will, as all things are already eternally settled. God, from eternity, has watched the movie of human history as if it were already completed and He is therefore the mere passive audience and not the dynamic director who is on the set orchestrating it and directing it to bring to pass what He wills.

The only third alternative is that God foreknows all future events with certainty because God has predetermined all future events. In which case God foreknows that you will be in a car accident tomorrow and die because God has predetermined that you should. In which case, there is nothing that you or anyone else can do to prevent your car accident and death.”

But to many of us this idea of God foreknowing all things with certainty because He has predetermined all things is unthinkable and blasphemous as it makes God the author of sin. God could have prevented all sin but He chose not to. In this case, God prefers sin over holiness in every instance that it actually occurs. And we see God in the Bible making plans in time and even altering and changing those plans at time, thus we learn from the Bible that God has not predetermined all things from eternity.

This is Chapter Thirty Five from my book, “Cleansing the Temple: A Call to Radical Christianity.” This is a powerful book about purity, prayer, preaching, and persecution.

I’m giving this book away for free to everyone who signs up to receive our email updates. Every once and a while I email out teaching videos, salvation testimonies, encouraging and edifying articles, etc.

7 Responses to Is Open Theism Heresy? Is it Heretical or Biblical? What is Foreknowledge? Can God Change the Future? Jesse Morrell